What's Happening in the Economy, and What to Do Now

I’ve been working as a financial planner and investment adviser in Switzerland for 12 years now, and during that time I have made it my mission to keep my clients – most of whom are not investment professionals – well informed and knowledgeable of what’s happening in the investment world, in as relatable a way as possible.

The big questions I am being asked right now are where are we in the economic cycle, how did we get here, has this happened before, and what to do now. Below I have summarised my thoughts.

How We Got Here

The appearance of Covid-19 in Autumn/Winter 2019 was finally the trigger for a global recession. I say finally, because from March 2009 to February 2020, stock markets rose. And rose. And rose.

In the early years of the recovery market commentators across the media landscape speculated that the problems of 2008/9 had not yet worked through the system, and we’d have another, potentially bigger crash.

Then we had a short-lived correction in 2011 as central banks changed forward guidance to increasing interest rates from zero/near zero and start quantitative tightening, which many took as the start of the next recession. It lasted 2 months.

Following that we had the Syrian civil war/proxy war. At that time everybody was talking about how it’s been about 5 years since The Great Recession and bull markets typically only last around 6 years between -20% corrections. Many expected this would trigger the next recession.

Then in 2015, Merkel opened the gates of Europe to refugees worldwide and there was a refugee crisis, and that was going to cause a recession.

In 2016 we had Brexit – which was going to cause a recession.

In 2017 Trump arrived, the world was said to be on the brink of nuclear war with North Korea, and the nuclear deal with Iran abandoned (as well as the assassination of an Iranian General by the US). Apart from nuclear war we should have of course expected a recession.

The Fed started raising rates and QT in late 2018 – markets dropped, and everyone called it ‘taper tantrum’ as well as the start of the next recession.

By 2019 we had reached the longest bull market run in history, which of course meant we were due a recession any day now, and day now…

Since Covid-19 (and the -30% correction of Spring 2020), we’ve had the Russian invasion of Ukraine, oil reached a peak but has now dropped, and we’re back to talk in the press of stagflation (which we had throughout the longest bull run in history).

However, it wasn’t until Covid-19 – and more importantly a global coordinated lockdown – that markets crashed.

The solution to this global crisis? Everybody must stay at home, socially distance, and stop the spread of the disease.

Irrespective of your thoughts and feelings about Covid-19, there had never been before in the history of mankind a global, coordinated lockdown of people – and with it, a coordinated halt to production.

Global production, supply chains and logistics can’t be turned on and off like a switch. It is very likely that real inflation is worse than it looks, and worse than is reported in most country’s standard basket of consumer goods.

What Central Banks Do Next

In the 1980s US inflation peaked at 15%. Home mortgages were charging double-digit interest rates. Inflation was roaring at 1 percent — per month. Paul Volcker – appointed by President Jimmy Carter in 1979 – inherited a situation not dissimilar to today. However, Volcker was steadfast in the mandate of an autonomous Fed: manage inflation – at any cost. By 1980 interest rates peaked at 20%. His hard-line attitude was very unpopular – it caused not one but two recessions – however he restored faith in the US dollar, and what followed were boom years. From 1982 to 1992 the S&P 500 rose 207% - 20.7% per year. If inflation does reach similar highs, we can only hope Jerome Powell and the Fed today are as steadfast in achieving their mandate and remaining autonomous of government.

Flash forward to the dotcom bubble of the early 2000s. By 2002, the market had dropped roughly -45%, and most of the companies related to ‘the new economy of the internet’ had failed. However, a few – like Amazon and Google (only incorporated in the mid 90s) – survived, and flourished. At that time, inflation was around 6.5%. The Fed Chairman of that time – Alan Greenspan – faced the same issues as now; to bring down inflation when the economy was still in recovery. Again, market commentators and politicians warned of recession. However, after initially dropping from 1.75% to 1% in 2002, rates rose all the way up to 5.5% over 5 years – all the while the economy growing. In fact, while rates rose from the low in 2002 to the high in 2007, the market grew c.85.5% - roughly 17% per year.

What To Do Now

The risks are real. We are almost definitely in the midst of a recession. We have never in history had such a globalised world. Monetary supply is overdone. Monetary tightening is difficult and unpredictable. For these primary reasons, the lessons of the past cannot be a guarantee of what happens in the future.

Compounding this is the fact that the dollar, euro and sterling – long considered the most tradable/in demand currencies – have been debased by over-printing from central banks, the wealth gap is the worst it has been for decades (driven predominately by central banks printing money and buying financial assets, that the wealthy tend to own), and we are in the midst of a changing world order (it’s likely that China will overtake the US as the dominant economy in our lifetimes).

However, corporate profits are high, despite inflation household savings are higher than they have been for a decade, the liquidity of the financial system is strong, and unemployment is historically low. There are risks, but in time they will blow over.

Or they won’t, and the world will come to an end. In which case, with the exception of nuclear war, the best bet is to learn how to hunt, fight and farm. Buy a gun and learn how to use it. Buy tradable commodities like gold and silver. Buy survival guides. Stock up on canned goods and bottled water.

But, even if you’re feeling fatalistic, just in case the world as we know it doesn’t come to an end, also invest in good quality companies with strong cash flow and good quality products, with non-excessive debt. Especially while inflation is high and killing your cash.

The S&P 500 Price to Earnings ratio – often cited as proof that stocks are currently overvalued – is now 28.7 (versus the historic average of 19.6).

I have no idea where the stock markets will be in 1- or 2-years’ time. No one else does either. But what I am certain of is that the markets will be a lot higher in 10 years, and they will be higher still in 20 years.

Obviously, it would be great to know when those bear markets were going to happen, but I don’t, and so I don’t worry about it. Why? Because I know that in 7 years’ time, 14 years’ time, 25 years’ time, corporate profits will be up. Technology, innovation and productivity will be greater. Humankind will achieve more.

The bottom line is –

This article has not been written to give advice, and purely expresses our own opinions. We are not receiving any compensation for it, and we are not responsible or liable in our capacity as an independent financial adviser for any action taken by readers based on these opinions. For personalised advice based on these issues, please seek advice from a regulated, independent expert. 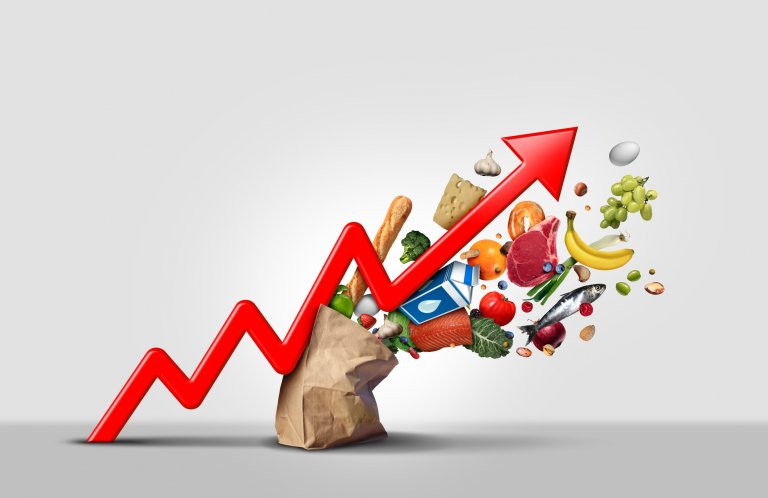 How Will Markets React as Inflation and Interest Rates Rise?
In the 1980s US inflation peaked at 15%. Home mortgages were charging double-digit interest rates. Inflation was roaring at 1 percent — per month.
Read More